The term optodyslexia is not as popular among parents of small children as the term dyslexia. Electronic devices have become commonplace, and the number of patients with symptoms typical to the visual type of dyslexia have increased. Approximately 20% of elementary and high school students have “specific difficulties in studying”. In scientific terminology you will come across various types of dyslexia, depending on the area the difficulties concern. If they concern for example reading, we are dealing with dyslexia, with writing – disorthography. If the problem occurs in the technique of writing and calligraphy the child may be suffering from dysgraphia. There is also so-called dyscalculia – problems with calculating, and dismusia – when the problem occurs within musical skills. We shall focus on the kind of dyslexia which concerns the sight organ – optodyslexia, considered as one of the most often occurring reasons for differences in education between peers and generally accepted functioning in society. 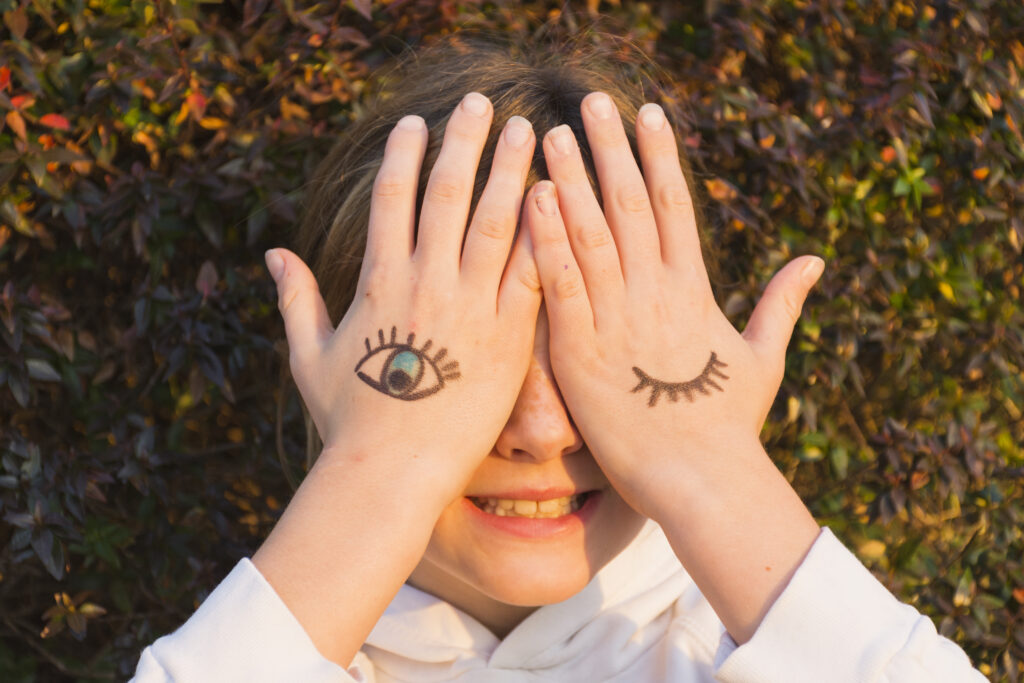 In the last century, in 1968 to be exact, in Dallas (USA) the World Neurologist Association proclaimed unanimously that: “Specific development dyslexia is disorder manifests itself with difficulties in learning of reading and writing despite using ruling teaching methods, average intelligence and favorable culture and social conditions. It is caused by basic cognitive feature disorder which is often a constitutional case”.

That definition was not enough, so the association undertook a wider explanation of the dysfunction: “Dyslexia is a disorder* appearing in children, who despite typical school experience fail to master linguistic skills within reading, writing and correct spelling independently of their intellectual skills”.

*The first time dyslexia was described as a developmental disorder at the turn of the 20th century.

The British Dyslexia Association, in 1989 declared: “Dyslexia describes specific difficulties in one or more range of reading, writing and correct spelling in written language which may be accompanied with difficulties in performing many tasks. In particular, it is connected with overmastering of written language however often such disorders, to some extent, concerns also spoken a language”.

Converting all the above definitions into informal language,it may be said that dyslexia is simply a learning disorder resulting from language dysfunction, which is reflected in difficulties with reading (including reading comprehension). Students with diagnosed dyslexia find it hard to cope with other language skills such as spelling, written communication and articulation.

The very best definition of dyslexia was provided by Mrs. J Cieszyńska, summing it up as follows:

“(…) difficulties in reading and writing caused by visual perception disorder, auditory disorder and/or strategies elaborating language material by the right part of the cerebrum. The reason for dyslexia may also be a combination of the abovementioned factors.” (J. Cieszyńska, the scientific seminary in Pedagogical University, 20.02.2008).

Usually, there are three kinds of developmental dyslexia: the visual type (optodyslexia), auditory type and mixed type – visual/auditory. There is also visual/special dyslexia, which is one of the most difficult in therapy. Its source is not only visual perception disorder but also delays in the child’s motor development and with visual/motor coordination level.

The reasons for visual dyslexia should be looked for in dysfunction related to the sight organ. Its symptoms may include difficulties in the learning of writing and reading but a source for them may also be:

The accommodation mechanism plays a significant role in the vision process; the mechanism depends on the way in which the eye-ball muscles function. Accommodation, simply speaking means: adjusting the eye to see from different distances (in other words, the eye’s ability to focus on retina sun rays reflected from objects located at different distances from the eye, i.e. proper close and distant vision);

How do eye-balls move?It would not be possible to move our eyeballs if it were not for the visual nerve located behind the eye-ball, rectus muscles (responsible for eye movement in different directions: left, right, oblique right and left angles, all around, etc.) and the oblique muscle attached to the eye-ball in its upper and lower part (they change the length of the eyeball).

To test binocular vision a device called a SYNOPTOPHORE is used. In our orthoptic clinic, this is one of the favourites among our small patients! Take a look at the synoptophore test conducted by our certified orthoptist Ewa Młodawska with our patient – Tadeusz:

Synoptophore test at our orthoptist clinic!

As a parent you monitor your child on a daily basis, and you are able to notice any disturbing symptoms. It is worth watching your child closely, as early recognition facilitates a better chance to correct any existing disorder.

Due to the fact that there are many symptoms concerning writing and reading disorders, we have listed them in the sub-points below:

4a. Optodyslexia symptoms occurring during writing:

– slow pace of writing
– difficulties in keeping writing straight (or between rows in the case of a grid-lined notebook)
– difficulties in writing from audio cues (dictation may help in assessing this difficulty), rewriting texts and writing from memory – dictation may also help in determining whether such difficulty occurs
– uneven placing of written text on a sheet of paper – there is chaos – some words are written with unnatural spacing compared to the rest of the sentence, etc.
– omitting letters in words, endings and even whole syllables; sometimes even larger parts of sentences and words
– omitting small graphic elements in letters, i.e. dashes, dots, diacritics
– omitting punctuation marks
– making spelling mistakes which result from weak visual memory
– deformed writing (scribbling, untidy writing “chicken scribbling”) untidy writing graphics

4b. Optodyslexia symptoms appearing during reading:

– text is unclear from time to time, sometimes doubled, pulsing and moving
– a yellow circle appears around letters and pictures
– reading is slow and not rhythmic, long pauses and stops appear, which results in a lack of coherence of the text
– omitting and reading words inappropriately
– changing and moving letters
– guessing words sometimes
– reading the same lines several times (repetition)
– aversion to reading out loud
– huge difficulties in text interpretation, incomprehension of read text
– finding answers in text to questions asked takes a long time; sometimes it is even impossible
– omitting punctuation marks – does not intonate text, reads “in a stream”

An appointment at a certified orthoptist and conducting an orthoptic diagnosis are a must. However, an ophthalmologist test is not enough, as it doesn’t perform a full diagnosis (of dyslexia) and doesn’t uncover any problems related to difficulties in learning reading and writing.

6. What is an orthoptic diagnosis?

I would like to invite you to watch our video in which a certified orthoptist explains what an orthoptic diagnosis is:https://www.youtube.com/watch?v=8PqRcj4bCgw.

7. What methods can be helpful in eliminating the symptoms of visual dyslexia?

An appropriate orthoptic therapy plan may help in reducing symptoms or could even eliminate them. Orthoptic exercises are advisable in the case of failure of all three degrees of binocular vision, i.e. concurring perception, fusion and stereoscopy.

Orthoptic diagnoses are performed at our clinic – an appointment may be made by telephone – please call 22 266 09 95 or e-mail: biuro@zobaczycjutro.org.

SEE our video: “Fusion exercises with an orthoptic wand”: https://www.youtube.com/watch?v=EdTinClCqts

Fusion exercises with an orthoptic wand can help to regain one of the degrees of binocular vision: “fusion”. At our office in Warsaw, one of our orthoptists who conducts such therapy is Ewa Młodawska. She is a certified orthoptist and special pedagogue with much experience in child therapy.

Apart from individual exercises (or group ones) at our office with our orthoptist, you can also do some of the exercises from the therapy plan yourselves at home.