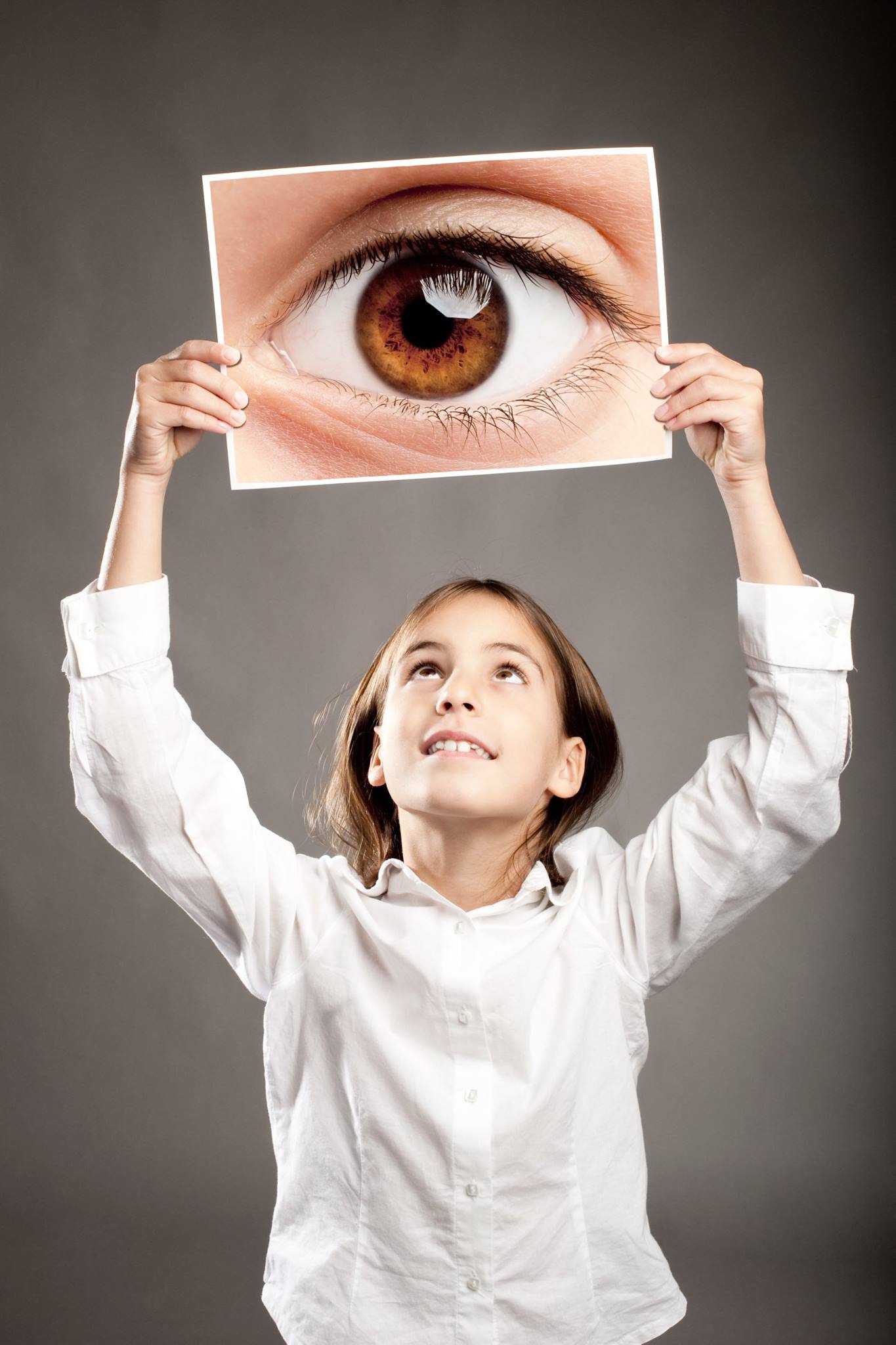 Every test is associated with the child’s emotions – so how should we prepare so that everything goes smoothly? It’s advisable to bring all previous results from any ophthalmologic and health examinations, previous prescriptions for glasses and any information from hospital. The attitude of the young patient and the parents is also very important! The test is non-invasive, and only requires concentration and a smile. It’s best for the patient if he or she is relaxed.

#1 Examination of visual acuity for farsightedness

“Distance” mean herein a distance of five metres, but in the case of children it is a distance of three to four metres. The aim of the examination is to assess the resolving power of the retina – in other words, the ability to perceive two objects close to each other as being separate objects. A Snellen chart is used in this test. Symbols are arranged in rows and their size decreases with each successive row. 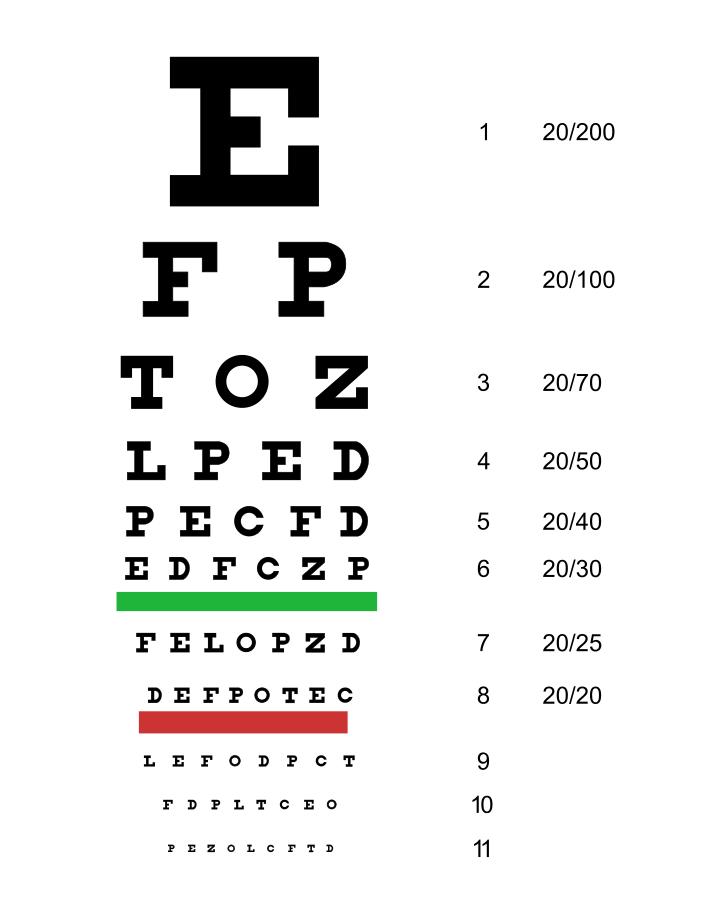 The numerator is the distance from which the respondent reads an optotype (D). The denominator is the value shown on the last series of optotypes read by the patient (this is the distance at which the child should recognise the symbols if he/she has full visual acuity).

What’s involved in an examination of visual acuity for farsightedness?
1. A young patient stands or sits in front of a Snellen chart at a distance of four to five metres.
2. The patient covers an eye with an arched hand: if the left eye is being examined the patient covers the right eye, and similarly, if the right eye is being examined, the left eye is covered.
3. Starting from the top the patient reads the symbols (letters or pictures), from the largest to the smallest indicated by the ophthalmologist (each eye must be examined separately).
4. The ophthalmologist records the smallest row that the patient read correctly. As mentioned before, the result is recorded as a fraction for each eye separately – in the numerator the distance from which the patient reads the symbols, and in the denominator the number indicating from what distance the signs should be read (at the correct strength of visual acuity) e.g. 5/10
#CoolFact Correct visual acuity is written as follows
• Visual acuity of the right eye – visus oculi dextri (v.o.d.) =1.0,
• Visual acuity of the left eye – visus oculi sinistri (v.o.s.) = 1.0.

See how Peppa Pig is doing during an examination of visual acuity for farsightedness:

#2 Examination of visual acuity for nearsightedness